being the first horse in Hong Kong earning over 1 million dollar.

had a very successful racing career, particularly in Sha Tin where he amassed eight victories from eighteen starts. In those first few years of Sha Tin, he was king.

has his equine skeleton taking pride of place in a glass cabinet at the Racing Museum of HKJC.

2008-10-26 Silver Lining cup was presented to mark the 30th Anniversary of the Sha Tin Racecourse.

SILVER LINING is the first horse that has a trophy named after.

Mr Yung said, ” there is a lot more to my life than just being the owner of Silver Lining, of which I am naturally very happy and proud. I have derived enormous satisfaction and joy from owning such a splendid horse, but as I said it`s not been without its other side. For example, on the eve of every big race, I would have a bad night`s sleep-worrying not so much whether he would win or not, but rather I would hate to see him break down or anything happen to him on the track carrying those super weights between 147-152 lbs.”

SILVER LINING: A hopeful or comforting prospect in the midst of difficulty.

From the proverb “Every cloud has a silver lining” 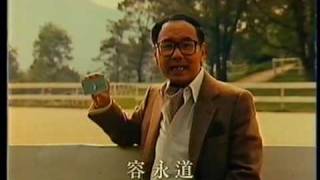 Yellow Water Buffalo In The Field Of Horses

Rise And Fall of Empire; Boom And Bust of Dynasty

the first chairman of the Hong Kong Jockey Club in 1884