The Hon Andrew Li’s passion for horseracing began as a young boy in the 1950s.
His grandfather, Li Tse-fong, and greatuncles Li Siu-pang and Li Lan-sang each owned their own stables before the Second World War.
His father, Li Fook-kow, had horses with the Russian trainer E. K. Tokmakov in Happy Valley.

“When I was a child, my father used to take me up the hill to Shan Kwong Road stables on Sunday afternoons,” he says. “We would watch the horses doing walking exercises in a circle in the stable yard and afterwards we would feed them.

“I would sometimes come to the infield at the racecourse – you could come to the infield as a child on raceday. Sometimes, my mother would say: ‘If you’re a good boy, I’ll take you to the rock and put you there for one or two races and pick you up afterwards.’ So that was a treat. I have always had an enthusiastic interest in horse-racing. I would describe it as a pastime, a hobby, which I pursue with passion!”

“In the 1970s and early ’80s, I didn’t have much time to follow horse-racing because of my busy professional practice. Then I became involved with my father and his two horses, and then in the mid-1980s I became heavily involved in racing and indeed the whole aspect of the Club – I enjoyed that very much.”

After part-owning the K.H. Au-trained winners TOUCH OF LUCK and TOUCH OF CLASS with his father, The Hon Andrew Li owned his first horse outright in 1990. ACCOLADE, as he named the gelding, won three races, including the 1990 Pearce Memorial Challenge Cup under the care of Mr Au, before Neville Begg and then Ivan Allan oversaw the remainder of the horse’s career. The Class 5 winner APPLAUSE and the maiden ASPIRE followed, both under Mr Allan’s care.

Following his retirement as the First Chief Justice of the HKSAR, The Hon Andrew Li resurrected his pale blue silks, swapping the old maroon cap with the pale blue spots for a bright yellow replacement. His present standard-bearer is the smart John Size-trained sprinter TOUR DE FORCE. He also has an interest in the syndicate horse COMEBACK KID, and he is looking forward to importing a new griffin in partnership with Tan Boon Seng.

But his racing scope stretches farther afield. Along with his school and Cambridge University friend Matthew Oram, he raced the filly PETTY CURY to win six of nine starts in New Zealand, including the G3 Darley Plate. The filly has retired to Westbury Stud and will start breeding this year. She will be covered by the first season sire ZOUSTAR.
This will open a new chapter for The Hon Andrew Li, who is hoping PETTY CURY’s Northern Meteor half-sister, Parker’s Piece, will prove good enough to one day join her in the paddocks.

He credits reading his books – among his favourites are biographies of Bart Cummings, Sir Henry Cecil and Robert Sangster – with expanding his knowledge of the sport and the industry, which has in turn enhanced his ownership experience.
“It helps me understand horse-racing much more, not only on the technical side but also one realises the inherent uncertainty of racing and this makes the sport fascinating – all the dimensions including, in particular, the human dimension.” he asserts. “

“I love the competition and excitement, the drama and the folklore. There are many inspiring stories in horse-racing: of hopes and dreams, of failure and success. And when you see a horse running in a race you will understand, by reading these books, all the effort, the human effort as well as the equine effort that has gone into preparing the horse for the race.
Reading makes me understand the truth of the saying: The more you know, the more you don’t know.”

The Hon Andrew Li has treasured his books and he hopes they will now bring pleasure to his fellow Jockey Club Members.
He says of his tomes, each of which carries a bookplate with The Hon Andrew Li’s racing colours and the inscription “From the Collection of The Hon. Andrew K. N. Li, Honorary Steward (Steward 1988–1997).”
“I love the books,” he says, with fervent warmth, “and I am delighted the collection will be preserved at the Club. I intend to continue to buy and read books on racing and I intend to donate them to the Club from time to time.”

The Hon Andrew Li gained the full membership with the Jockey Club in 1974, and in 1983, he was elected a Voting Member. Five years later, at the age of 39, he became a Jockey Club Steward, having spent the latter of those three years serving as a Racing Steward.

The Hon Andrew Li’s family has a long and distinguished history of service at the Jockey Club. His uncle Li Fook-wo was Deputy Chairman, another uncle, Simon Li, served on the Board of Stewards, while another, Alan Li Fook-sum, was the Club’s Chairman.

The Hon Andrew Li was appointed an Honorary Steward and today he is one of two family members to have that honour, alongside his cousin Dr Donald Li. He is pleased with the road along which the Club is advancing.

Acknowledgment to The Honourable Andrew Li Kwok-nang for relevant content. 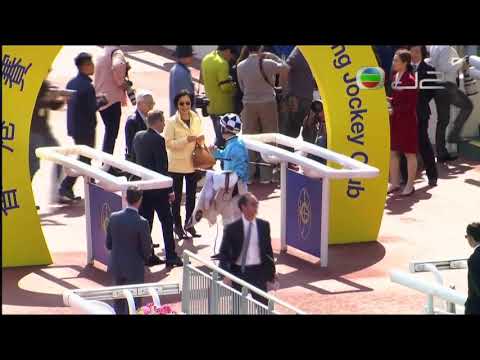 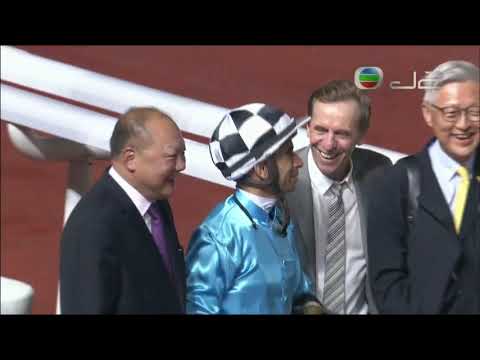 one of the top well groomed and professional French jockeys