Passage Over Obstacles; Game Upon Partnerships

Purton has partnered the Ko Kam Piu-owned gelding in 15 of his 20 career starts, winning nine.

“I saw the horse at the track and I remarked to Danny what a nice horse he was,” he recalls. “He smiled at me straightaway and asked, ‘What do you know about this horse?’ I said, ‘Not much, only that he looks like a really nice horse,’ and he said ‘Okay, you can ride him’.

“LITTLE BRIDGE had only been in Hong Kong a couple of weeks and I started riding him in gallops, and immediately I knew he had his fair share of ability.

When he got to the trials I knew he was quite good.

Obviously, I didn’t know he was as good as he has turned out to be, but he gave me the feel of a Class horse.”

delivering both Shum and Purton their biggest wins by that time.

That, thankfully, was the closest LITTLE BRIDGE came to defeat as he “exploded from the gate”, travelled like a dream in the box seat, kicked ahead at the furlong pole,

and held his nearest pursuer, BATED BREATH, by an easy three-quarters of a length.

“He was strong on the line – if they had gone another ,100 metres, he still would have held them at bay,” reveals the jockey.

he had his ears pricked, he was having a little look around and he enjoyed the moment as well.”
“The reception we got when we came back was something I didn’t really expect – it was incredible.

The English racing fans really enjoy their racing and there were a lot of local Hong Kong people there.

The Racing Club Members were there and the Owner had a group of friends there, so there was a big contingent and they were all enjoying it.”

LITTLE BRIDGE has gone down in history as the first ever New Zealand-bred Group One winner at racing’s showpiece Royal Ascot carnival.
.

The seven-year-old was then retired early with a tendon injury following two unsuccessful runs after his Royal Ascot victory.

2013 December, LITTLE BRIDGE suffered one bout of colic shortly after arriving at the farm in last year, after which he was successfully operated on and had fully recovered.

2014-03-09 LITTLE BRIDGE passed away after a more severe attack on Wednesday.

“He was my horse – I rode him in trackwork every day, I really loved him. He was a beautiful animal,” Shum said on Sunday at Sha Tin.

“It is a pity and very sad, but I know he was well taken care of by the people there and they did their best to help him.”

Purton‘s success on LITTLE BRIDGE was instrumental in a breakout season for the Australian, and he hadn’t forgotten the contribution his “mate” had made to his own career.

The jockey even visited LITTLE BRIDGE at the Beas River spelling facility before the horse‘s departure for New Zealand.

“He was my favourite, so I’m pretty upset,” Purton said.

“He was still quite a young horse, and gave me my biggest moment in racing.” 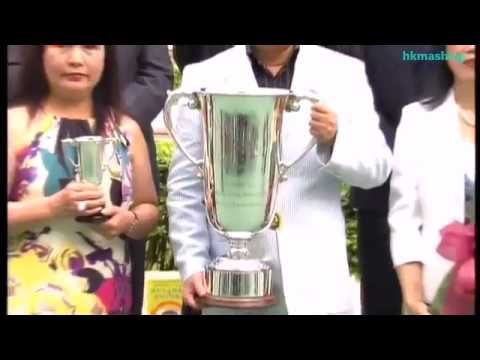 Racing in Capital; Gaming of Diplomat