Dr Douglas Laing was an ENT surgeon in HK and prominent icon in the HKJC.

He used to say, “I have been involved with horses since as long as I can remember.”

1920, he enrolled as an MBBS at the HKU, furthered in otorhinolaryngology.

1934, serving a few years for HKU and then the Government, he began to private practice.

1941, WWII, served in the Royal Army Medical Corp in India.

1948, he returned to private practice in Hong Kong again.

1959, with his first donation to HKU, he established the Digby Memorial Fund to provide scholarships and gold medals to outstanding medical students.

1996, after having served as an honorary clinical lecturer in otorhinolaryngology for over 18 years, he retired almost a half-century practice.

1918-02-26, Douglas, age 16, played truant and went to the 2nd day of the Annual Race Meeting but caught by the Happy valley Great fire with a narrow escape.

1931, he became a horse owner, started with a Chinese pony TOTAL LOSS, of which it never won as its name.

1936, ELECTRON was owned by J.E.D., a racing name for Dr John W. Coote & Ernest Ho of Anderson and Partners and Dr Douglas Laing, by their initials.

1939, STARLET, owned in partnership with Dick Lopes, won at the record-breaking odds of over 600/1.

“Now, of course, the word ‘GAY’ has rather lost its happy meaning. But I like to keep the continuity of the prefix going.” Dr Laing said.

1950, his first trophy won by GAY MINX won at 50/1.
The trainer, Belov thought the horse should only run short distance before the race, but Dr Douglas Laing and jockey, Kenneth Kwok thought it would have a better performance in longer distance, then they made it an entry to the 2 miles race.

1984, Dr Laing was made an Honorary Steward of RHKJC.

More than 40 horses were owned by him over 50 years.

Dr. Laing won great distinction as a medical practitioner, writing learned papers on his specialty, and contributing greatly to the development of the medical profession in Hong Kong. 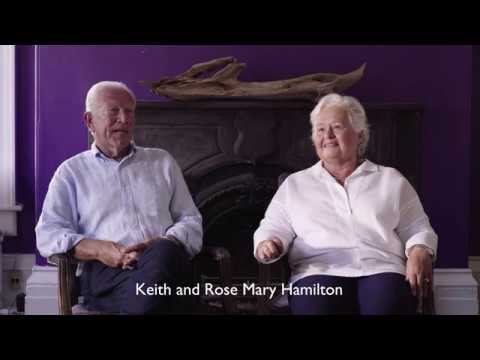 Joy To Behold, Fun To Believe

Pines off the Lines